Your session will expire in 0 minutes.

"Buy a Brick" Available Now for Baseball and Softball 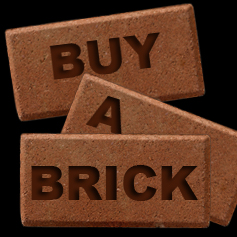 Attention Cardinal Fans!! You have a unique opportunity to participate in the building of the Cardinal Field Complex, forever stamp your family name, and support the Sports Boosters all at the same time! The Sports Boosters is kicking off the next round of the "Buy a Brick" program to support the construction of the cardinal field complex diamonds. Each 4" x 8" brick will be placed on the backstop of the baseball or softball field with your customized name for all fans to see. Don't miss out on this opportunity to engrave your Cardinal Pride!

Please click here for more information and the order form or go to www.bricksrus.com/donorsite/forreston.